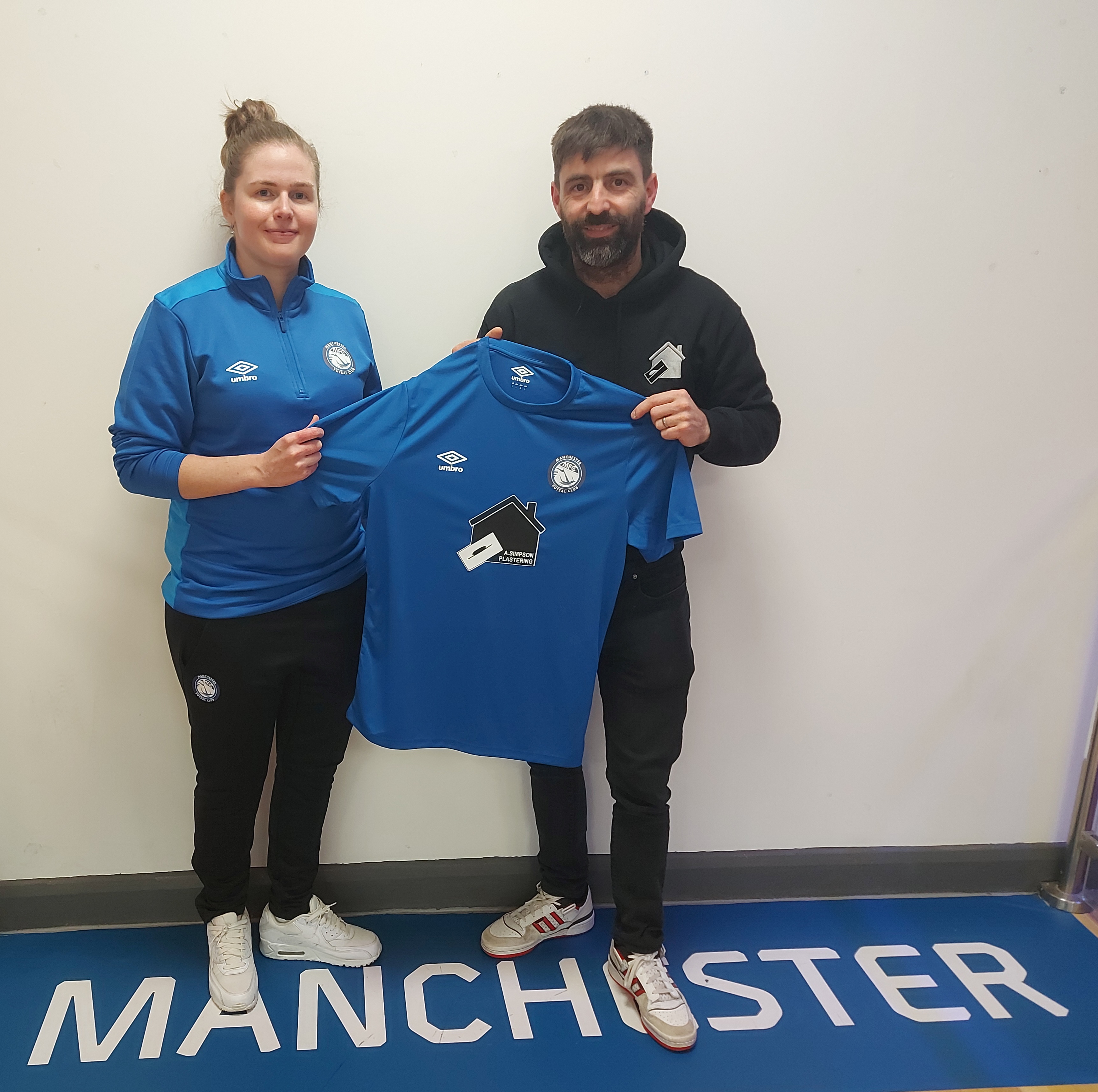 We are proud to announce that Manchester-based plastering company, A. Simpson Plastering, has become an official sponsor and partner to our Senior Women’s Team. The deal will see The Blue’s donning the A. Simpson logo on shirt sleeves and warm-up tops. Company owners Andy and Colleen spoke to manchesterfutsal.com about what first drew them to futsal, the Club, and in particular, our Women’s Team.

“A. Simpson Plastering first became interested in supporting Manchester Futsal Women’s Club after a family member saw the club advertised on social media, and we began to take an interest. After an opportunity arose for us to partner with Manchester Futsal Women, we couldn’t refuse. It’s an honour to be able to support and help promote this sport and the Women’s Team. Futsal is big across Europe, yet it’s not here and we firmly believe that Futsal should have the same recognition within the UK”.

“Admittedly, at first, we didn’t know very much about Futsal. However, after some research and watching a few games, we loved the technicalities of the sport & became instant fans. We were already avid football fans, so to find another similar yet very different sport for us to enjoy has been great. The fact the games are so fast-paced makes them both interesting and exciting to watch”.

Commenting on the partnership, Club Chairman Simon Wright said, “We’re really grateful to A. Simpson Plastering for joining us this season. Having a local business backing the team is a great boost for the season ahead and this support goes a long way”.

Welcome to the MFC Family, guys!