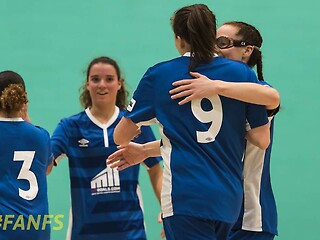 Clubs from both north and south divisions will be taking part in the same league for the first time, due to the coronavirus pandemic that grounded futsal and the campaign to a shuddering halt.

Eleven teams will be participating in groups of three, with the Grand Final taking place on 27th June 2021. Despite this, Manchester will not take part in it and team captain Leanne Skarratt provided an explanation to ManchesterFutsal.com regarding the stance of the club and the plans going forward.

“I wanted to clarify our absence from the Summer Showdown competition and to reiterate our commitment to the FA National Futsal Series going into next season. As a group, we thought long and hard about whether to enter the competition. Whilst we saw it as a fantastic opportunity to play competitive futsal again after such a long absence, it was a little too soon for us after a 14-month lay-off.

“Whilst some teams have had the capacity to train together on outdoor futsal courts recently, this was not something we were able to do. We wanted that time to regroup, train together again, and prepare thoroughly for the 21/22 FA Futsal Women’s Super Series season.

“We wish all teams involved a happy return to competitive futsal and we look forward to watching all of the streamed games!”

We can assure you that Manchester Futsal Club Women’s Team, who secured an iconic league and cup double before the pandemic, will be raring to go and will be looking to replicate the recent success that they’ve had on the court.