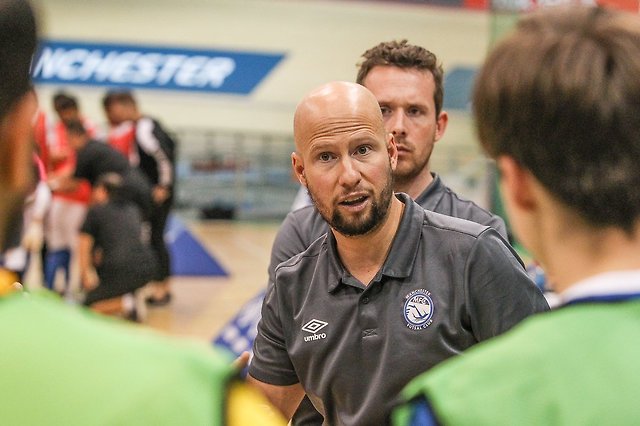 Futsal is back at the National Cycling Centre as Manchester prepare to take on Loughborough in the National Futsal Series.
The Blues will be back in action on Sunday for the first time following the Christmas break, as they look to extend their unbeaten run to four games. A 3-2 win against Bolton at the Hertfordshire Sports Village last time out secured three straight wins for Sergi Saldana's side and moved them up to fifth in the standings.
As the halfway point of the season passes, there are many points still to claim, as well as goals. Summer signing Victor Delgado leads the goalscoring chart with nine to his name in his first season in England, closely followed by Academy graduate Harry Tozer with eight and Uriel Araujo with six.
Jordan Edge is expected to miss out on action due to a rib injury picked up in training, but the Northern Ireland international Danny Stapleton is expected to return to action after a long lay off.
The head coach spoke to Manchesterfutsal.com about his thoughts and feelings going into the game about their good run of form, the opposition and sent a message for those considering coming to watch futsal for the very first time.
What are your thoughts going into this game?
Hopefully, we can keep winning. Our aim now is to try to play and compete better than in the first half part of the league and a good start it would be winning against Loughborough.
For those that are thinking about coming to watch Futsal for the first time, what can they expect?
For those that have never come to watch a futsal game, I can only say, come to watch all the games, not only our game and for sure you will enjoy them because futsal is an amazing game to watch live, very fast, very passionate and with high intensity all time.
Any team news?
Tomorrow we will have Danny Stapleton back after a long time injured but we won't have Jordan Edge because he got injured on Tuesday session, where he crashed with the GK, hurting his ribs, and he hasn't had enough time to recover and it is a real shame.
Your side have won three in a row in the NFS, do you think you can continue that run on Sunday?
The only thing I can guarantee is that we will try to win as we are the hosts and we know we have plenty of fans watching us and I know they expect a win as well but Loughborough it won't be an easy opponent at all.
The Blues will take to the court at 12:40, with the first game of the day taking place at 10:30. Tickets can be purchased online here or at the venue. 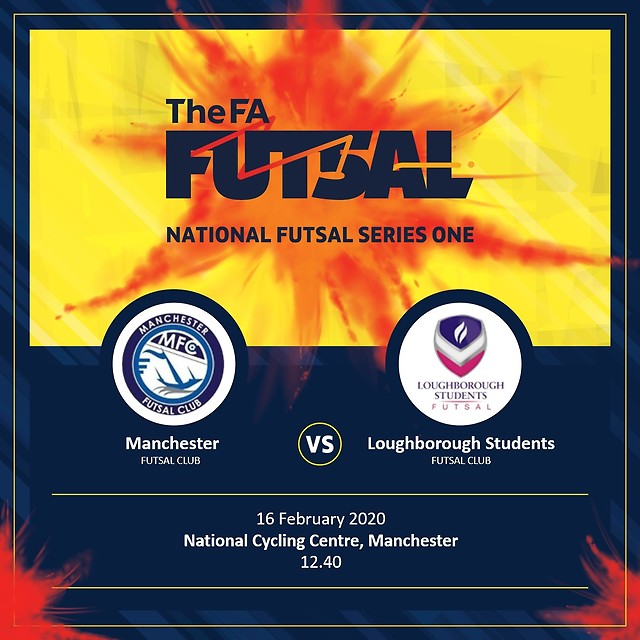