Following last week's win away to Leicester, Manchester are again on the road with a short hop across the Peak District to face Sheffield in the National Futsal League Cup.

With things tightening up at the top of the table, the Blues will be looking to keep the momentum going with a victory in the League Cup this Saturday.

It was smiles all round last time out as Sergi Saldana and his side swept aside Leicester thanks to another fruitful day in front of goal from Jake Barnes who took his tally up to 12 for this season in just seven appearances. 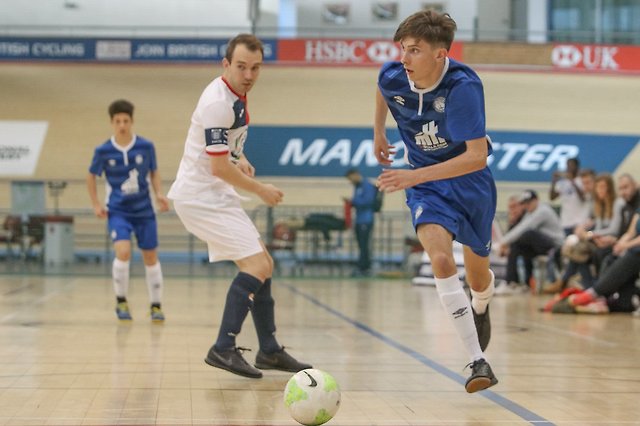 It was also a special day for Matthew Hanson who managed to register an impressive hat-trick on his debut for the club, so we can certainly expect big things from him as the season progresses.

These two sides met in the league back in December, with Manchester running out eventual winners thanks to two goals from Jake Barnes and Uriel Araujo. Should the Blues make it through on Saturday afternoon, they'll have to face either Birmingham or Bolton in the subsequent round.

The fixture is being held at the English Institute of Sport in Sheffield, with kick off scheduled for 13:20.