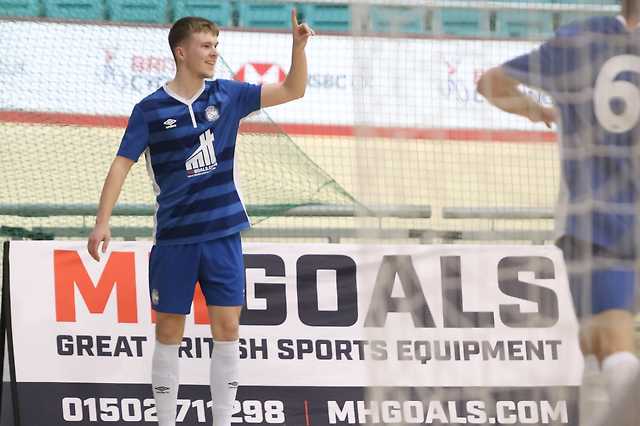 Manchester Futsal Club can now confirm that it has been successful in obtaining Tier 1 status that will see the Senior Men’s team compete in the FA National Futsal Series for the 2019/20 season.

The club will become members of the FA's newly formed top-flight competition that will consist of 8 clubs who will battle it out to become English Champions and with it secure a place in the illustrious UEFA Futsal Champions League.

Our very own Chairman Simon Wright sat down with Manchesterfutsal.com to discuss the new league format and what it means to the club going forward.

With the official announcement made today on the clubs that will be competing in the newly launched FA National Futsal Series.  What are your views on English Futsal's new top tier?

​This new direction for the top level of English Futsal is certainly welcome. I feel we now have a clear way forward with aligned commitment from the FA to raise standards but also deliver wider interest from a public, marketing and commercial perspective. The selected clubs have a big responsibility to operate in a professional and collaborative manner with the FA if we are going to realise the great opportunity we have here to push English Futsal and the sport further forward in the coming seasons.

​The FA will want to get this right, they are very much in the spotlight now and there will be a level of greater expectation to deliver an excellent competition that can capture the interest they need to bring more revenue into the sport and create a commercially sustainable National Futsal Series. It also has to be balanced with the objectives of their National Futsal Strategy so they have a number of areas to get right. It's all going to be very interesting, the positive for us all involved is that there is momentum going forwards.

​The format changes have been debated at length since the end of the season and over the summer, but now is the time to get on with preparing the players for the start of the season. That's what we'll be focussing our time on now that all of the application stages are out of the way. We want to win this new competition, we want to give our players a unique opportunity to be the best team in England and qualify for the UEFA Futsal Champions League.

With a governing body and league management committee now in place at the top, do you think that the new structure put in place will provide an ascendency for futsal in England as well as player development?

​We have to see how long it will take for all of these changes to bed in, the competition will not be a success overnight, that's for sure. Personally, I want to see the very best clubs and players competing, pushing each other so that when we all deliver these central venue events, there is a real spectacle, drama and a continual buzz of excitement around the National Futsal Series - the quality will shine through. The clubs, players, fans, promoters really need to shout loud and far and be great role models for the competition.

As a club, where does Manchester stand within the new Futsal format and does it alter the direction that club strides for, on and off the court?

​We firmly believe that we deserve to be a Tier 1 National Futsal Series Club so we are really delighted with today's news and confirmation from the FA. We presented a very strong case for our inclusion that shows the strength, depth and professional approach that we pride ourselves on. Now we have it all to prove on the court, this is a fresh start, playing the best clubs in the country so we have to be focussed on pushing our level up on the court which I am confident we can do.

There is a feeling that we really need to kick-on now, delivering consistently on the court, bringing new players through from the Development Team and continuing to represent Manchester in the best possible way, by being successful. I hope we can reach a new level​ this season by pushing each other further but remaining unified as a team and a whole club - that's always the objective as we go into each new season.

Whilst the senior team are now aware of their competition for the forthcoming season, we now await the outcome of further applications to the FA National Women’s Series and the National Futsal League before we can confirm the defined season’s for all teams across the club. There’s change ahead, but the club are looking forward to welcoming in a new era for English Futsal