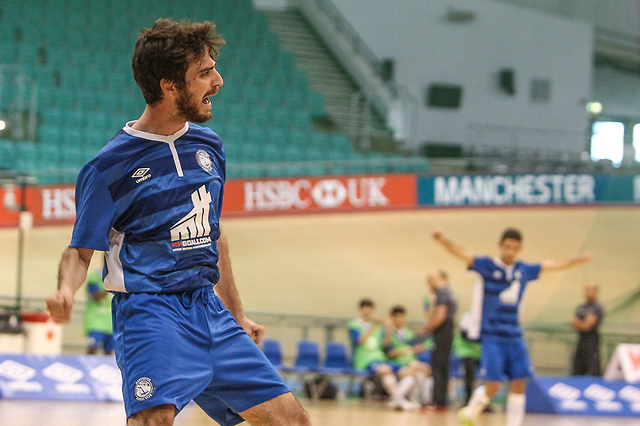 Manchester will continue their FA Futsal Cup adventure on Sunday as they travel to the capital to face Pro Futsal London.

The Blues will go into the game on the back of a solid 6-4 victory away against Cambridge United last weekend and kept going a solid run that the Blues are having of late in the FA Futsal Super League, in what was a tremendous victory on the road.

Manchester will now hope to continue this run of form going into the FA Cup, a competition which they famously won back in 2011 and will be hoping to repeat the successes of nine years ago.

Their opponents Pro Futsal London play in the same league as the Manchester Development side in Division Two South and will certainly not be taken lightly.

Head Coach Sergi Saldana spoke to Manchesterfutsal.com to give his view on the exciting cup encounter that lies ahead.

“We know that Profutsal had problems to win over our Development Team, but we know that if we think we are better we can lose easily. Anyway, if we play as we know, we should win but in futsal you never know.

“Also, we have had plenty of problems for today. Edge is ill, Kingy injured, Debón, Danny [Stapleton], Harry [Tozer] away and Jose [Almeida] will all be unavailable.

“We can't pick development players for the Cup game but we got a bit "lucky" because Rylan didn't play with development team so he will come with us.

“Also, this week Salim [Karimi] has come back and he has trained very well after long time injured and he will be with us as well. He surprised me because of his training level was very good.

“In summary, we can't think we have already won because they are not a national team. If we do, we will have a complicated game for sure, we have plenty of players unavailable, so we have to be careful because we have more to lose than win if we don't give our best.”

The game will take place on Sunday 7th April, with a kick off time at 13:45. Live streaming of the game is unconfirmed at this stage, but you can catch all of the updates from the match on twitter @MFC_Futsal.