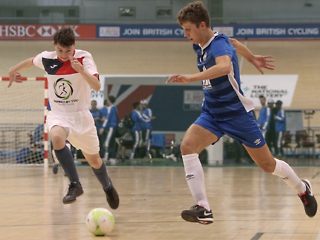 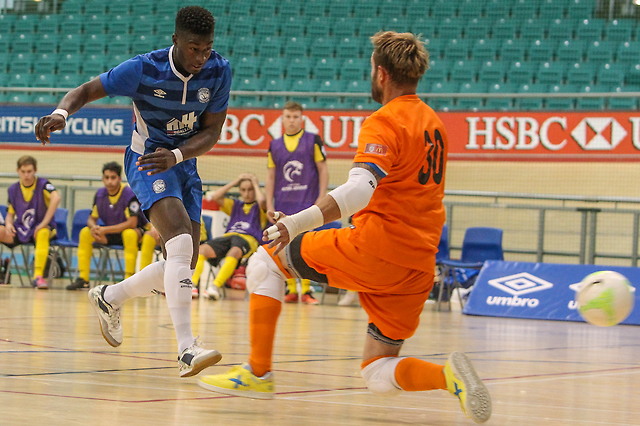 Manchester are back on the road again as they travel to the Wolverhampton University Walsall Campus to face Team United Birmingham in the FA Futsal Super League on Sunday.

The Blues will head into the game after continuing their fine form before the festive period, a 5-3 win over Loughborough last Sunday was a real statement of intent against a side that was having a good run on their arrival in Manchester.

Joaquin ‘Kimet’ Garcia scored a hat-trick, along with goals from Danny Stapleton and a first goal for Kenna Ngoma that assisted the Blues on the way to victory.

Birmingham will host a fixture in which they found themselves on the wrong end of the result last season, a 5-2 defeat to Manchester at a critical time almost hampered their chances of a high league finish with the Blues hot on their tail at the time. But the Midlands-outfit held on and finished the season in fourth place.

As far as the current season goes, their form has been fairly inconsistent, but despite this they find themselves in sixth position in the Super League table, just six points behind local rivals Loughborough. They got themselves back on track with a 10-2 victory against Southend, in what was a very convincing performance for the Black and Yellows in the South-East.

Head Coach Sergi Saldana is very aware of the threat that Birmingham bring to the table and is not taking them lightly.

“Birmingham is always a difficult team. They can play better or worse, but it is never is easy to beat them. Despite that, it seems a similar game to Loughborough. We have to be careful because they have goals in them, if you are not 100% focused on the game, they can score easily. As always, we will play with a very concentrated mindset, because if not, they will score for sure.

“I think that we can win but not because of how we are training, but also because when we want to, we can compete very well. My worries are to be able to compete all time, forty minutes and not only thirty or thirty-five, because the key to success is to complete the whole game and it seems that sometimes we are not focused on the things that we have to do for the whole game. If we do, we will win.

The Spaniard spoke to ManchesterFutsal.com about the team news, as Jamie ‘Debon’ Vinas will return from suspension after picking up two yellow cards against London Helvecia.

“Yes, Debón is back", Saldana said.

“Raphe [Barber] will play with development team because after some discomfort in his knees, he needs more minutes to recover good sensations.

“Salim [Karimi] won't play this game because he hasn’t trained last for the last 3 days and he need a bit more time to be in better condition. He was with us for our last home game but this one he's going to rest, and hopefully he will be ok to play against Southend.”

Manchester will take to the court at 4pm as they face off against Birmingham in the Super League, as this game will mark the half way point in the Blues’ season.