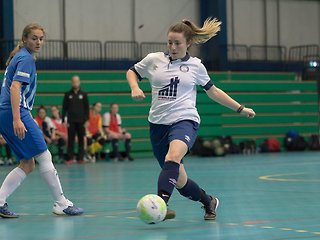 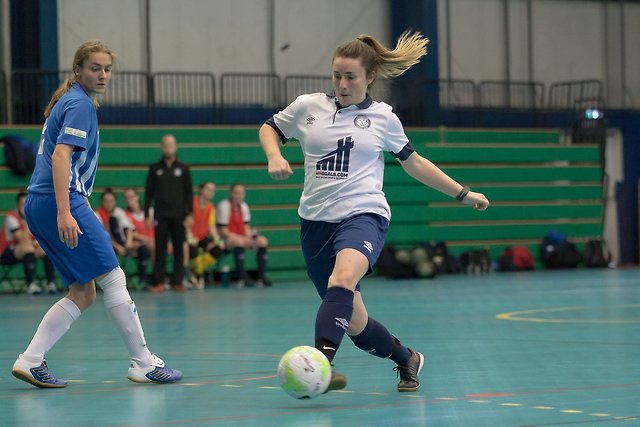 The depth in the Blues’ squad prevailed in the end after what was a closely-contested game at first, before Manchester turned on the afterburners and got the win that they richly deserved.

Captain Leanne Skarratt was among the goals at Powerleague Trafford as she led her side to victory with an inspirational performance for Manchester.

First Team Head Coach Sergi Saldana was watching from the side lines as his side secured three points for the first time this season but admitted that the Women’s Team are far from the finished product.

“We played pretty well after the first minutes where we had too respect. After the first goal everything was easier. It is something that I spoke with the girls on Monday, we are a good team and we have to believe in ourselves because if not we will lose games that we shouldn't because we don't play hard and respecting too much the others. We are training well, and next step is be not scared and do same that we are doing in trainings in the games.”

“The first win is always a joy and we needed it. Hopefully with this win we will change a bit our mentality and we will be stronger as a team. But anyway, the first two games were close games, so we weren't doing it wrong, it was just we needed three points to gain confidence.”

Saldana stressed the importance of training and always thinking forward in order for Skarratt’s side to improve.

“We have to keep training every week and think only in next game, step by step. We will see what the future hold does but is good if all teams are winning but also losing because this means that the league will be interesting.”