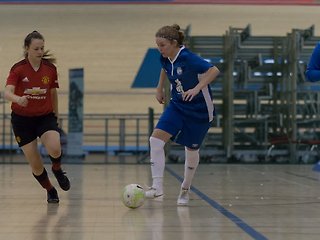 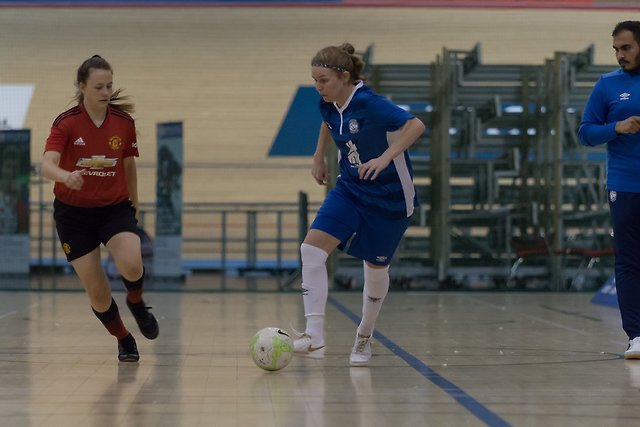 Manchester Women’s National Futsal League North campaign got off to a bad start as the Blues went down 5-4 to Tranmere Rovers at Prenton Park on Sunday.

Two goals from Rebecca Kemp, Leah Hartshorne and an own goal racked up the goal tally for Manchester, but it wasn’t enough in the end to conjure up a fightback.

The Blues had a lot of the ball in the first half and created many opportunities for themselves, but the hosts gained momentum in the second half and got the goals needed for the win.

Team captain Leanne Skarratt told ManchesterFutsal.com that mistakes at critical times in the game cost her team dearly in the latter stages.

“I felt that we controlled the game in the first half. We created a lot of chances, but we didn't convert enough of them. After half time our game plan seemed to go out of the window after a couple of things went against us. Tranmere took advantage of this period and clawed the game back. We started to get back on top again in the final few minutes and pulled a goal back, but it was too little, too late. Had we been more clinical and not made the collective mistakes we made in the second half, I've no doubt the result would've gone our way.”

Skarratt continued, “We still believe we have the strength in depth to challenge for a place in the finals. It's difficult to lose your first game, particularly when we feel we threw it away a little bit. But we'll regroup, go back to training and work on the things that went wrong.”

Men’s head coach Sergi Saldana was present on courtside and was equally as frustrated upon reflection of Sunday’s encounter.

“We started the game in a good way. We played as a team trying to do all things that we are doing in our training sessions. So, the players were focused on all these aspects.

“We arrived at half-time winning 1-2 and I explained a couple of things to improve, but in the second half we played more individually and without thinking about our system, nor how to defend and it was difficult to compete.

Saldana also spoke about how many gambles were taken in the second half, and how the game could have gone either way in the end.

“When you play with lots of transitions, there is no control of the game and sometimes you can win but also you can lose. If you play as a team you can try to control the timing of the game and play better but if you are playing very fast, very hard but without thinking, then the transitions can be a lottery. In these cases, not always the best team will be the one who will win.”