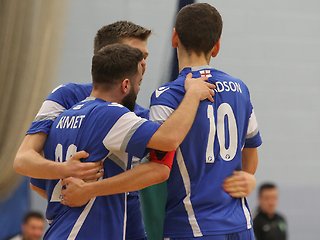 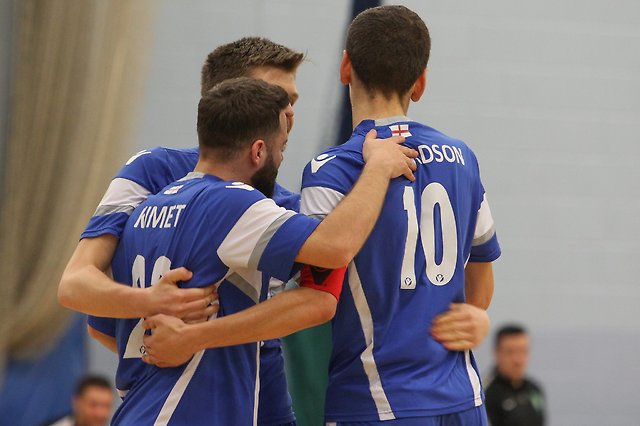 Manchester Futsal were dumped out of the FA Futsal Cup as they were beaten 5-4 by Tranmere Rovers on Sunday.

The Blues were undone by several defensive errors which has seen them knocked out of the competition much earlier than they would have liked.

A brace from Federico Fradl and goals from Jordan Deer, Sam McGrath and Ed Bryers got the Whites the win that they deserved.

Kimet, Doug Reed, Giles Collier and Jordan Edge got themselves on the scoresheet for the Blues, but their efforts were not enough to see them through.

The visitors had learnt their lessons from last week’s league encounter and managed to get the victory which will put them in the hat for the next round of the cup.

Head Coach Sergi Saldana did not hide his disappointment after the Blues were sent packing from the National Cup competition.

"The defeat is a big blow for us.  We won the game against them the week before but when you think that you are better than the other team and you don't play with the right intensity, this is what can happen in futsal."

"For the rest of the season we can only keep training and giving our best to finish as high as we possibly can in the league table. If we don't keep training and playing well, everything we have done so far will have served no purpose."
"I can only say congratulations to Damon. He knew what players he has and how to play this match, very closed, with balls straight to the pivot and counter attacks. Simple but effective." 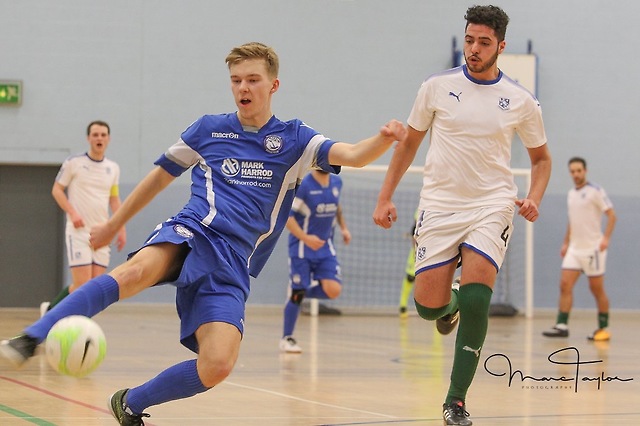 Manchester Futsal captain Sam Richardson said after the game that they were the masterminds of their own downfall throughout and it will be a tough lesson on some of the younger players in the side.

“The most disappointing aspect of the game was the sloppy goals that we gave away, we worked hard to fight back but conceded poor goals, so we deserved to lose.”

“As a team, we appeared to fight back after conceding so I believed that we were going to kick on, but it didn’t happen.  Last week, we added quality with our finishing, so it is disappointing that we didn’t do this on this occasion.”

Despite the disappointment, Richardson is upbeat as it gives them the opportunity to work on their mistakes from their upcoming games.

“We are going to try and push up the Super League table, as far as I’m concerned, we need to concentrate on what Sergi is going to bring into the team, you can see that we are nearly getting it, but we are still not 100% there.  Our possession work is getting better but it doesn’t matter what systems we work on, we cannot concede goals in the manner like we did.  If we make those kinds of mistakes, then we are going to be punished every time.  The games coming up are opportunities for us to improve and work on those errors.”

Manchester started off just as lively as they did last week as Kimet was looking to latch onto any loose ball from the visitors as he has done in recent weeks.  On this occasion, he took the ball from the toes of Federico Fradl and could only toe-poke wide.

It was the hosts that got themselves on the score sheet first as Debon picked up possession mid-court and played a dangerous low ball from the right, which found the feet of Jordan Edge to give the Blues the early advantage.

Manchester continued to pressure the Tranmere goalmouth as Captain Sam Richardson fired from distance and was well saved from Kai Bone who would go on to have an action-packed afternoon.

Tranmere had their element of danger through the likes of Federico Fradl and Ed Bryers as they both forced Manchester goalkeeper Marcos Magalhaes into a few solid saves in the early stages.

The returning Giles Collier showed some excellent close control and skill as he nutmegged Tranmere’s Ed Bryers, his low drive was well saved once more by Tranmere’s Kai Bone.

Manchester had lots of possession during the majority of the first half, however Tranmere’s deep setup appeared to be frustrating the hosts as they could not break through the final third.

The visitors soon got their equaliser against the run of play, a free kick from Jordan Deer was laid off to Federico Fradl who struck first time with venom to level the scores at 1-1. His second goal against Manchester in the space of a week.

Towards the end of the first half the Blues would retake the lead as Giles Collier linked up brilliantly with Sam Richardson and the number eight fired home into the bottom right hand corner to give the Blues the advantage at 2-1.

Almost straight from kick off and a stroke of luck for Tranmere.  A long range effort struck by Ed Bryers caught Marcos Magalhaes unsighted as his effort travelled low through several bodies and somehow ended up in the back of the net to give the Whites the equaliser with just two minutes until half time.

His body language clearly showed that he was disappointed to concede, and the crowd were left stunned. 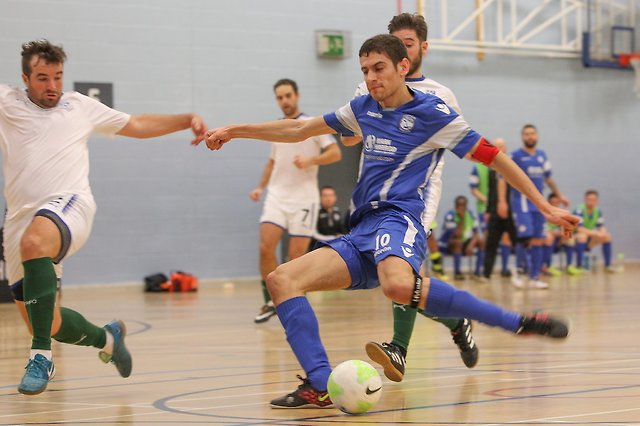 The second half started very lively as both teams were looking for that counter-attacking break.

Kimet then put the Blues back into the lead five minutes into the second half, with good build up play from Doug Reed who fired a neat pass through Richardson and he did superbly well to find Kimet in the box to make it 3-2 to Manchester.

The match was end to end from this point on as both sides were continuing their counter-attacks and it was fascinating for the supporters on the side lines.

A calamity of errors from Manchester put the Blues under huge pressure.  After many deflections, the ball fell kindly to Tranmere’s Jordan Deer who’s shot was again deflected and found the back of the net to level the scores.

Tensions were high and handbags were at dawn as Jordan Deer and Bruno Costa were both booked for an altercation off the ball.

Manchester continued to threaten as Kimet charged down the right-hand side, but his effort struck the cross bar and bounced over.

Sam McGrath and Ed Bryers were proving to be a real threat from the visitors and from the long ball, as Marcos Magalhaes made a great reaction save from McGrath.

But moments later, they took the lead as a simple long ball was not defended and Sam McGrath knocked it past Marcos Magalhaes with his head to gives the Whites the lead.

It was goals galore at Belle Vue as Manchester scored again, this time from Doug Reed who struck home after some great tenacity and hunger from Sam Richardson who rode several challenges and set-up the England international for the equaliser.

Tranmere then took the lead for the third time on the day with another simple ball over the top, almost mirror-like from McGrath's goal but this time it was Federico Fradl who got the ball with the flick on from close range to make it 5-4 to Tranmere which ultimately would be the winning goal.

The Blues would have their chances late on, but it wasn’t enough and their cup dream for this season was over.