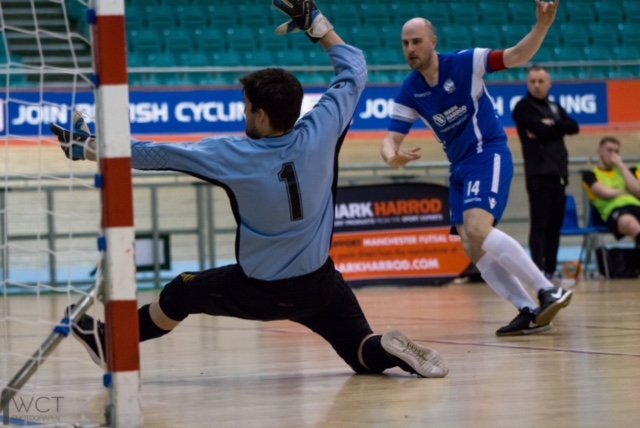 Goals from Byeong Dae So, Charlie Goddard, Raducio King & Adam Lavin secured the three points as they maintain their charge towards Bolton Futsal Club at the top of Division Two North in what was a very physical game from the first kick of the game.

York City fought very hard with a brace from Grant Percival and goals from Matthew Payne and Samuel Longlands gave the visitors a fighting chance, but it wasn’t enough for them on the day.

Manchester Futsal Development joint head coach Steven Jackson felt his players got the reward that they worked so hard for and that the future is bright in Blue.

“Overall pleased with the lads today - we have had a steep learning curve since the first league game this season which we have all enjoyed and I’m sure there’s more to come in the New Year.”

“The game today was really tough against experienced opponents. We started brightly and then had to weather the storm in the second half. We nicked a goal at the end, which I felt we deserved overall but the game really could have gone either way.” 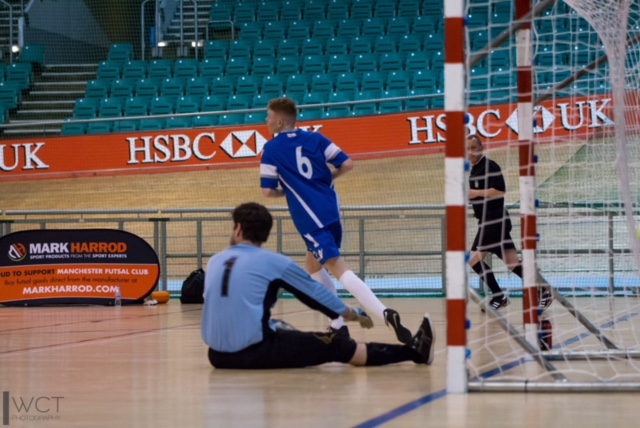 Manchester started very sharply during the early stages of the game, as the Blues were finding spaces through the wide areas cleverly.

Despite this it was end to end with both sides creating a hatful of chances.  York’s Liam Wighton gave Jonny Foster some early work to do between the sticks, as did Adam Lavin up the other end.

York had the best of those chances with an almost spectacular goal from a deflected free kick which led to a first-time volley from Wighton which was only just wide of the mark.

Manchester lit the blue touch paper as Byeong Dae So scored after a great solo run which seen him beat two players and slot calmly in the bottom corner.

The Blues doubled their lead through Raducio King’s pinpoint pass which found Elliot Fenton for an easy tap-in.

Seconds later York City captain Grant Percival got one back for the visitors with some intelligent link up play and a cool finish from close range.

The goals kept on coming and next it was Raducio King who picked the ball up on the edge of the area, surrounded by defenders and with the cheekiest of chips he found the bottom right hand corner with the keeper beaten.

It didn’t stop there as Matthew Payne was involved with some great link up play for the away side and helped keep the visitors in the game.

Jonny Foster was kept busy in the sticks for Manchester as he made a flurry of good saves to retain Manchester’s lead.

The second half began in very similar fashion to the first with some great ball movement results in Charlie Goddard getting on the scoresheet for the Blues and extending their lead.

Both teams looked very organised and the game slowed down in tempo as a time out was called by York.

Straight after the visitors get another lifeline and keep the game as Samuel Longlands found the back of the Manchester net to make it 4-3 with 10 minutes left to play.

The game balanced on a knife edge as Manchester called a time out with eight minutes on the clock, there was no predicting who was going to leave with the three points.

York’s captain Grant Percival found the equaliser with seven minutes from time with a nice passage of play through the middle and slotted calmly past Manchester’s Zak Austin to make it 4-4.

Then with one minute to go, Raducio King and Adam Lavin linked up brilliantly for the Blues and Lavin finished well to give them the winner. 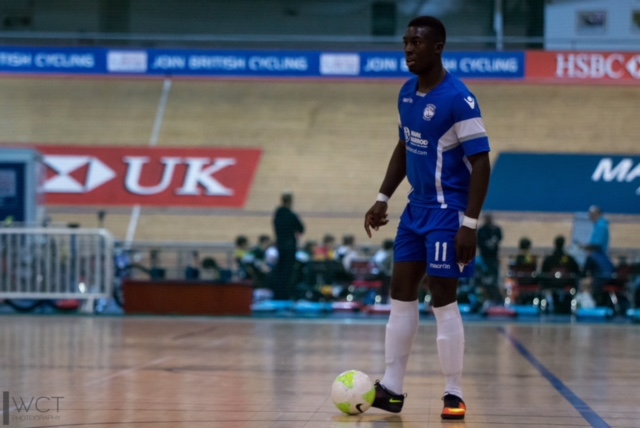