Friendship and focus are the keys to Development team’s success 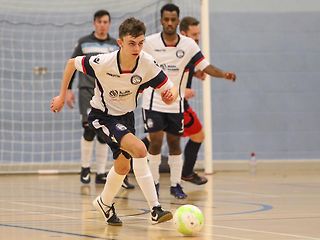 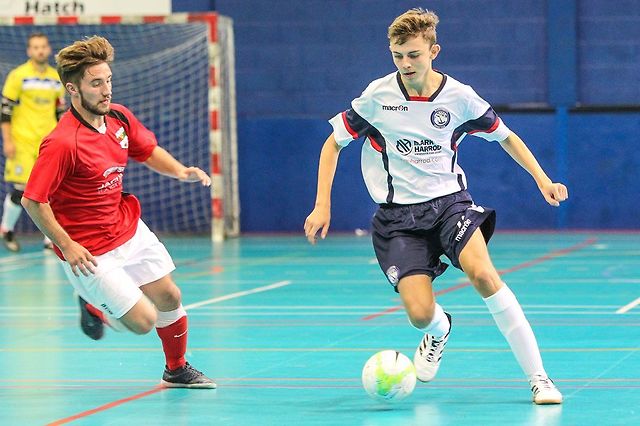 In that run, they have picked up a draw and three wins, and captain Ryan Williams believes the success is due to the hard work from everyone involved.

“When it comes to training we are all focused and learning, Russ, Steve and Kev have been a big part in our development and we are learning every week, as you can see in recent results.”

Williams says despite seeming unbeatable at the moment, the team still has a lot to work on.

“We are on a good run of form and hoping to keep it up but there are still things we can improve on, and that’s what helps during our training sessions to take in to our next game.”

Promotion for the development team is possible this season, with the side currently tied at second place in the FA

“With the help of Russ, Steve and Kev and constant improvements from the players we could hopefully see ourselves make promotion and face some even tougher teams next season in North 1 Division,” Williams said.

It is clear that Williams has big ambitions for his current team, but ManchesterFutsal.com wanted to know what his ambitions were personally.

“I enjoy watching the first team’s matches and it would be great to play alongside them one day in the future and work under Sergi (Saldana) with his experience, however I think it’ll be a while yet as the quality in that squad is very high.”

“I am passionate about the sport and I love playing it every week as well as watching it so I look forward to play it for many years and see where it takes me.”

“His attitude is always first class, concentrates and works hard at training and is a good communicator on court using his experience. I’m sure Ryan is one of a number of players who will progress into the first team over the coming seasons,” Jackson said.

For now, Ryan has to focus on his duties as captain of the development team, which is a challenge that he taken to quite well.

“I enjoy being given the role as it helps to boost my confidence playing with some older and some younger players. I am not really known to be a loud talking person but I always like a challenge.”

The development team play Tranmere Rovers Development Team this Sunday at Belle Vue Leisure Centre in Manchester and Williams is hoping the team can continue their recent strong performances.

“Let’s hope we can continue the unbeaten run. Morale is high in the changing rooms and we are all enjoying the game!”